Top Posts
Can You Vape CBD Tinctures?
Afraid of Public Speaking? Try CBD Hemp Oil.
Epidiolex Reviews 2021 (Epidiolex Cost May Shock You)
Can CBD Be Beneficial to College Students?
You Can Now Fly Out of LAX with...
Is CBD Better Than Advil for Pain?
Best CBD for Insomnia: CBD Oil & Capsules...
How CBD Is Helping Police Officers and First...
6 Must-Read Books About CBD
Smoking CBD flower? CBD pre-rolls could become the...
Home Blog You Can Now Fly Out of LAX with an Ounce of Weed


Recreational sales are in full swing in the Golden State, and earlier this week Los Angeles International Airport (LAX) announced it will now allow passengers to travel through the airport with up to one-ounce of marijuana.

Yeah — you heard that right: You can fly out of Los Angeles and take your beloved sour diesel or blueberry haze with you. 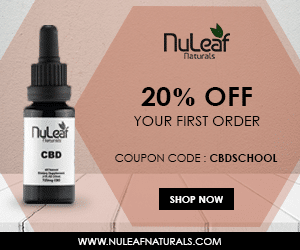 While federal law prohibits the possession of marijuana (inclusive of federal airspace,)

California’s passage of proposition 64, effective January 1, 2018, allows for individuals 21 years of age or older to possess up to 28.5 grams of marijuana and 8 grams of concentrated marijuana for personal consumption.

In accordance with Proposition 64, the Los Angeles Airport Police Department will allow passengers to travel through LAX with up to 28.5 grams of marijuana and 8 grams of concentrated marijuana.

However, passengers should be aware that marijuana laws vary state by state and they are encouraged to check the laws of the states in which they plan to travel.

If you’re traveling in California and flying back home out of LAX and want to take your cannabis goods with, go right ahead.

As long as passengers aren’t packing over the legal limit into their checked luggage or carry-on, it’s now 100% permitted to fly out of LAX with.

Does TSA just turn an eye to any weed they might find at LAX now? Not exactly.

If they see a bag of weed that looks like it might be more than the permissible ounce of flower or 8 grams of concentrate, you can still very well be taken out of line in security while the cops are called to weigh your stash.

According to TSA spokeswoman Lorie Dankers, “TSA’s focus is on terrorism and security threats to the aircraft and its passengers.

Whether or not the passenger is allowed to travel with marijuana is up to law enforcement’s discretion.”

Seeing that it’s now legal to fly out of LAX with up to one-ounce of cannabis flower or 8 grams of cannabis concentrates, law enforcement can’t do much if you stick to the legal limit.

Whether or not you’re flying into a recreationally-friendly state is another story. Rolling into Denver from LA?

Maybe not so cool. It’s entirely your responsibility to know the cannabis laws for where you’re landing.

That being said, the law enforcement at your destination airport aren’t likely to pay any more attention to you just because you flew in from LAX and they “think” you might be carrying weed.

Countless people fly all over the world out of Los Angeles every single day.

What happens when you get to your destination is apt to be just as it is every other time you fly in.

Grab your carry-on and go or wait in baggage claim for your checked bags and head on home.

If you live in a state that isn’t too keen on cannabis consumption, just make sure to keep it yourself. Your secret’s safe with us 😉

Can CBD Be Beneficial to College Students?

Can You Vape CBD Tinctures?

Can CBD Be Beneficial to College Students?

How CBD Is Helping Police Officers and First...

At Hempdaily, we believe people can make a difference in the world through ordinary purchases. We’re on a mission to make premium natural supplements and functional foods that feed the mind and body and using our profits to support outreach programs for people in need, both locally and around the world.

What’s CBD Isolate and Why Does It...